Arts & Culture
Live from the White Pine
Welcome to Live from the White Pine, WXPR studio sessions celebrating creativity in the Northwoods.WXPR’s downtown Rhinelander studios become the perfect venue for intimate concerts and in-depth conversations with musical ensembles, authors, poets, dynamic artists of many varieties. It is our pleasure to unite the WXPR listening community around live performances and personal opportunities to enjoy spoken and musical arts.Want to join in? Fill out this application or contact WXPR 715-362-6000.The WXPR Community - listening, creating, supporting artistry in the Northwoods.

Tune in to WXPR's Crossroads Cafe Friday, June 9th,  at 3pm for a special live broadcast with Humphrey McKeown.

Humphrey-McKeown is the singer/songwriter partnership of New York native Heather Humphrey and Chicagoan Tom McKeown. They combine organic instrumentation and progressive arrangements to create a folk-rock, Americana sound that is like no other.

Their songwriting partnership began in 2006. At an informal gathering of musicians, Tom asked if anyone had interest in writing music.  That day Heather said “yes” and two weeks later their collaborative partnership was formed, and they were ready to see where this adventure would lead them.  Before long, they were writing for publishers in Nashville, Chicago and LA, combining Heather’s innate sense of melody with Tom’s pursuit of writing something that hadn’t already been done before.

After penning over 100 songs for others, Humphrey-McKeown changed course to focus solely on their own unique musical voice. From their first open mic in December 2010 through the release of four studio albums in less than three years, Humphrey-McKeown has had a vision of what their writing and singing together could be. Creating the perfect vehicle to bring their songs to an audience proved to be a task that took years to complete.

They will be performing live at the Three Lakes Center for the Arts Saturday, June 10th at 8pm.

Don't miss this unique Live from the White Pine performance, in the convenience of your own home! 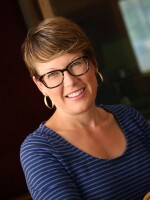