The Environmental Protection Agency is proposing a rule that will designate two "forever chemicals" as dangerous.

PFOA and PFOS are PFAS chemicals which are used in common products such as non-stick coatings, food packaging and firefighting foam. They linger in the environment and are linked to increased cancers and other health disorders.

Tony Spaniola is the co-chair of the Great Lakes PFAS Action Network and owns property in Oscoda, near the former Wurtsmith Air Force Base - where PFAS contamination was first reported in 2010. He said the proposed rule would create a federal standard for PFAS cleanup.

"It's important to create financial incentives for polluters to clean up the problem," said Spaniola, "and to also address the economic harms that they've literally dumped on our communities. They left us holding the bag for way too long. And now the day of reckoning is coming."

According to the Michigan PFAS Action Response Team, there are 228 sites contaminated with PFAS in the state. And researchers say more than 90% of Americans have PFAS in their bloodstream.

Associate Director of the Great Lakes Regional Center of the National Wildlife Federation, Jennifer Hill, explained that research on the impact of PFAS in the region suggests reduced reproductive success in bird species and other negative health impacts in fish and other wildlife.

"So this rule really is a step in the right direction," said Hill, "to ensure that we're safeguarding our drinking water and also the natural resources that make the Great Lakes such a special place to live."

Spaniola added that industry claims that the proposed rule is too drastic and will create economic problems are simply wrong.

"The companies that have manufactured these chemicals have made billions and billions of dollars per year in profit," said Spaniola. "The pushback that's coming is really an over-reaction. A suggestion that somehow that's going to mess up commerce going forward really just doesn't make any sense."

In July, the EPA also updated lifetime health advisories for several PFAS chemicals, establishing safe levels at what would be one drop of water in any Olympic-sized swimming pool. 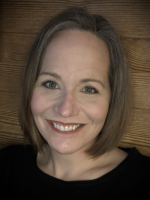 Mary Schuermann Kuhlman
Mary'Schuermann' Kuhlman is an Ohio-based broadcast journalist who joined the Public News Service team in 2008. Previous experience includes radio news reporting and anchoring for WHIO-AM in Dayton and WTAM 1100 in Cleveland. She’s produced hundreds of stories across the country for PNS over the years, served as an assignment editor and helped launch the PNS Daily Newscast in 2012. Mary currently covers beats in Ohio and other Midwestern states, and co-anchors 2021Talks, a PNS newscast tracking politics and elections.
See stories by Mary Schuermann Kuhlman
Related Content