Local News
We Live Up Here
WXPR's We Live Up Here series is a home for stories that focus on the people, history, and culture that make the Northwoods of Wisconsin and the Upper Peninsula of Michigan such a unique place to live.

During early December of 2018, Wisconsin legislators passed a bill restricting the period for early voting.

This measure has been controversial and has garnered national spotlight, but how does it impact the Northwoods? WXPR’s Joshua Junig has the story.

On December 14, then-Governor Scott Walker signed three pieces of Republican-sponsored legislation as his administration prepared to leave office. Among those measures is a bill mandating the early voting period to open two weeks prior to election day.

Since the signing of this bill, One Wisconsin Now, an issue advocacy organization, has challenged this law in federal court with the help of national coalitions led by Former U.S. Attorney General Eric Holder.

But the question remains, how does this impact Northwoods residents?

Tracy Hartman is the clerk for Oneida County and the Town of Crescent. She oversees all 21 town clerks in Oneida County, helping them make sure each polling place is prepared for election day. The county level is in charge of ordering the ballots, getting the voting machines programmed by their vendor, and working with town clerks to make sure they have everything they need for elections.

Hartman says that this new legislation takes away decision-making from her position.

“Previously town clerks could decide [that] once they got those absentee ballots they could start doing in-person absentee ballots whenever they wanted to,” she said. Hartman notes clerks were able to set their own dates and that this new legislation limits that period to 14 days.

With the new measure restricting the early voting period to just two weeks prior to election day, Hartman predicts tangible effects for the jobs of clerks on both the county and town level, in addition to voters’ ability to get their votes cast.

Prior to this bill, Wisconsin municipalities were able to choose when to allow citizens to cast their ballot. Once Town Clerks received the ballots, they were given the discretion as to when to open their early voting period for their citizens.

Hartman says, “It is going to have an impact. Absentee voting and in-person absentee voting has really gotten a lot of coverage and so we’ve seen a much higher turnout of people wanting to vote in-person, at their clerk’s office, or their home – which is where a lot of people vote early up here. I can see people being frustrated because that’s something they were able to do and now they’re going to be limited to those two weeks. It’s going to put a lot more pressure on those clerks to get those people in during those two weeks instead of having it spread out over three to four weeks.”

Hartman talked about how this change will limit the window available for clerks processing ballots during elections, and for those people who vote early.

People often don’t choose to vote early or absentee because they want to, rather, they vote early out of necessity.

Those known as “snowbirds” who travel for extended periods throughout the winter months, older adults, and disabled citizens make up a large portion of routine early voters.

Richard, an employee at the Aging and Disability Resource Center of Oneida County says he thinks this change might end up decreasing voter turnout among snowbirds.

“We know because here we lose probably half our guests because of snowbirds. Now if that happens for an election, and they only have a two-week period to vote, majority of them aren’t going to vote. And that’s a shame,” said Richard.

Director of the ADRC Dianne Jacobson, stressed the importance of reaching out to your local clerks to find out where your polling place is, how to request an absentee ballot, and how to register to vote.

Dianne says, “We actually find that the town clerks, county clerks, city clerks are so helpful to people.”

She mentions that her guests don’t necessarily need her to help them navigate throughout the election process. But that “We’re confident, as certainly here in Oneida County and I’m sure in many other counties, when we refer people to their local polling clerk…that they’re getting that [information].”

Dianne continues, “Those are the folks that are dedicated to get people voting. I’ve yet to ever know a clerk that doesn’t want to help somebody get that vote made. They’re one of the biggest believers in exercising your right to vote.”

County Clerk Tracy Hartman urges everyone that’s of voting-eligible age to be proactive in their plans to vote and to not hesitate reaching out to your local clerk if you have any questions about the process.

“I would encourage people, if absentee voting helps you definitely talk to your clerks. We have a wonderful group of 21 town clerks in Oneida County that are more than willing to work with the residents and get them the ballots ahead of time because we want people to go out and vote. So, if it’s absentee, if it’s early, if it’s on election day just make sure you get out and vote.”

Whether limiting the period to vote early affects you or not, one thing everyone seems to agree on is the importance of voting, and that city, town, and county clerks are vital resources that are here to help.

To learn more information about contacting your local clerk, go to your county courthouses or town’s website.

Joshua Junig is currently an intern at WXPR. He is a junior at Carroll University in Waukesha majoring in Philosophy, Politics, & Economics.

This story is part of our We Live Up Here series. Music for this story came from Podington Bear. Photos used above are via Wikimedia Commons and can be found here and here. 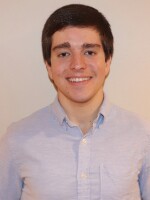 Joshua Junig
Born and raised in Beloit, WI, Joshua Junig and family now call Harshaw and the Northwoods WI their home. Joshua is a junior at Carroll University in Waukesha majoring in Philosophy, Politics, & Economics with a minor in Communications.
See stories by Joshua Junig
Related Content